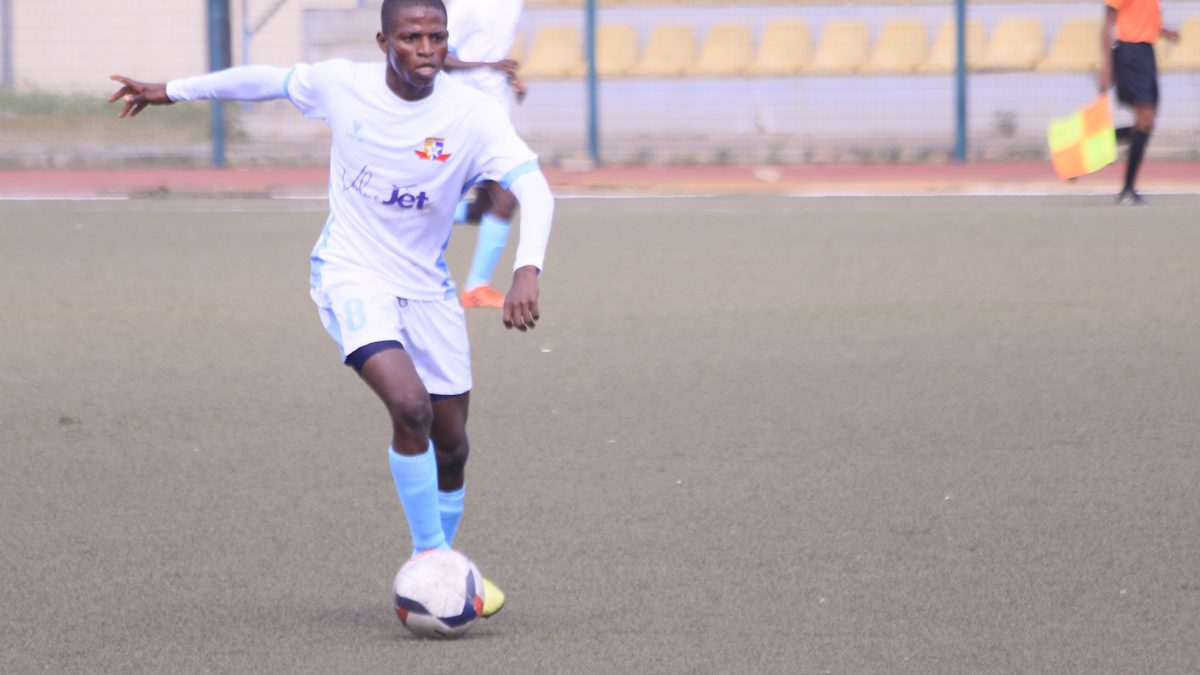 Remo Stars U19 versatile Midfielder, Oluwaseun Odunsi says he is quite happy to see his team maintain top spot on the table ahead of the final league game against Iganmu United on Sunday at Remo Stars Stadium.

In a chat with RSFC Media, Oluwaseun also disclosed that the competition has also helped his game to the level he is, and he appreciates his coach and the team as a whole for the encouragement all through.

“I feel very happy to be at the top of the table with my teammates going into the final round of The Creative Championship League over the weekend.”
“I have always wanted to participate in a top competition such as this, it has helped us to have a feel of what a serious competition looks like, it helps improve my game and I must appreciate the organizers of the tournament for a great job well-done.”

“I also have to appreciate my Coach because he has also assisted me in becoming a better player than when i initially joined Remo Stars, I must also thank the club for their support and trust they have in me because without them, I might not have the opportunity to be in one of the best clubs in the country.”

“I am privileged because the club has also helped me as an individual to develop my game, we played against Kwara United who are currently one of the best in the Nigeria Professional Football League, and I am really proud of myself because I didn’t expect to play against them so early

“Our final game against Iganmu United will be a very challenging one because we need a win to claim the trophy, and we will do everything to win it, I will put in my best, and I am so sure that my teammates are also looking forward to winning the league, I hope we don’t disappoint on that day.” Oluwaseun concludes.