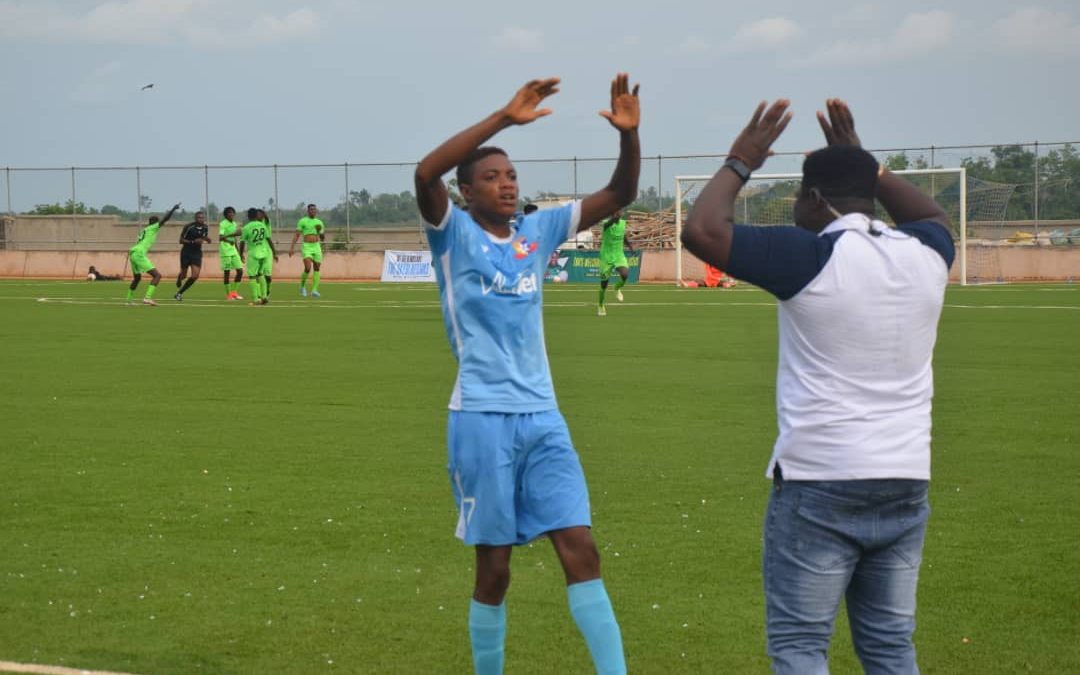 Head Coach, Daniel Ogunmodede have alluded to the fact that he feels elated getting all three points against FC One Rocket in match day 14 of the ongoing Nigeria National league.

Speaking immediately after the match, the boss said he expected a tough game because his wards faced a familiar opponent who understood his style of play.

“I feel elated, with my experience in the game, I am aware and I know that the toughest match for us to play is this match because it is the first match in the second round, and we are playing a team we played in the last game of the first round, they are also a familiar folks, and they are friends to majority of our players, they know what we want to do, they feel they have the intent to come here and stop us from playing our system, but we tried to do the thing our own way and it yielded positively.”

Ogunmodede spoke on the victory “The most important thing is the three points and the ability to fight back to get what we deserve.”

“The positives I picked as coach is that we created the chances, but we didn’t take them, we will go back to training, work more on converting our chances. They are young boys and very anxious to get goals against the team they just played couple of weeks back, it’s like playing a return leg and it isn’t easy most especially when we lost the penalty, they were under pressure but I tried to calm them down to play their football, they had that opportunity, and they scored the goal.”

“Morgan is a young boy (U18), for him to go pick the ball to play the penalty is worth been credited, he is a young chap. We have players in the team who are older than him but for him to pick up the ball showed his class, he has never lost a penalty and fortunately for him, he fought back to get the goal, and I am happy for him.” Ogunmodede reacts.