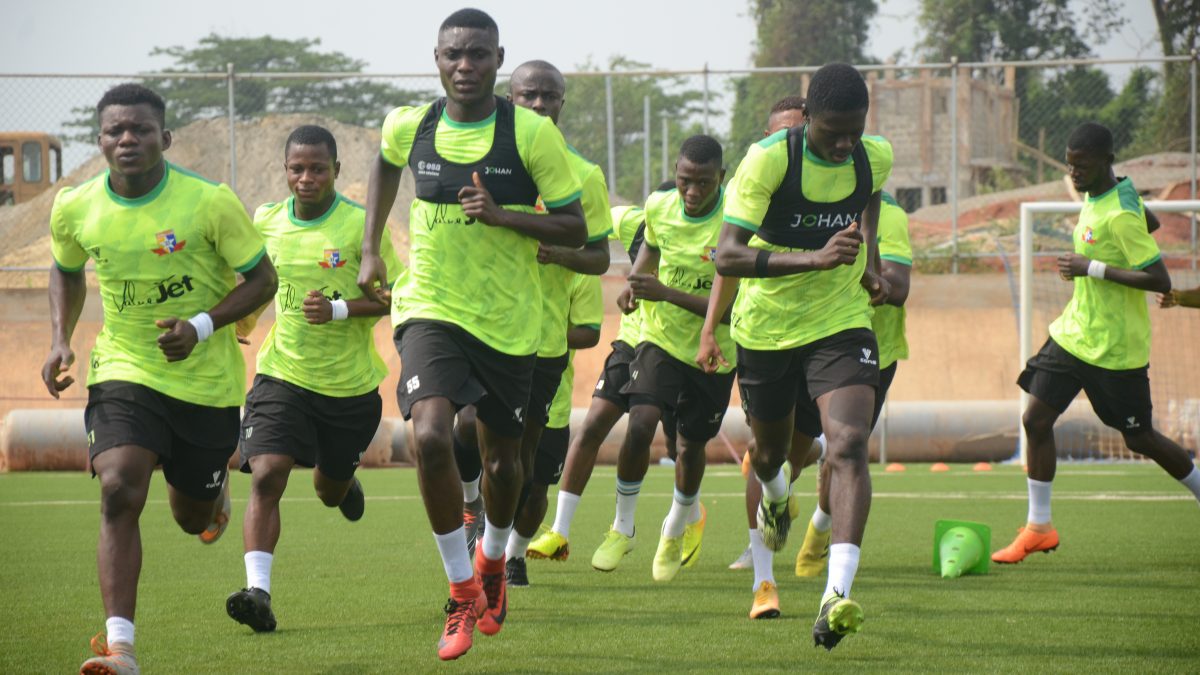 Its a trip to the Ikot Ekpene Stadium, Akwa Ibom, Uyo to face Ibom Youth FC on Saturday in the Match-day fifteen (15) fixtures of the group B2 Southern conference in the ongoing 2020/2021 Nigeria National League (NNL).

The Sky Blue Stars are currently occupying the top spot on the log with 27 points, three points ahead of second-placed Bendel Insurance FC, while Ibom Youth FC occupy 8th position amassing a total of 18 points.
The lads defeated FC One Rocket 1-0 the last time out, thanks to a header from Agbeko Morgan who increased his goal tally to seven while ensuring maximum points for the Sky Blue Stars at Remo Stars Stadium in Ikenne-Remo, Ogun State.

Ibom Youth FC fully rested, will begin the second round of the league against the Sky Blue Stars having observed the free match-days on match-day 13 and 14 respectively, in the ongoing Nigeria National League.

The last time they played was in match-day 12 in which they suffered a 3-0 loss to the Sky Blue Stars at the Remo Stars Stadium Ikenne. Akinsanmiro Ebenezer scored a brace before Agbeko Morgan added the third with a curling free kick to give the Sky Blue Stars the deserved victory.

Ibom Youth will be coming into the game hoping Damso Edo re-discovers his goal scoring form, he is currently one of the leading scorers in Group B2 of the NNL with 4goals. He came on as a substitute against the Sky Blue Stars when they visited the Remo Stars Stadium the last time out.
Victor Daniel is another good player to look out for, as had a good game for visitors a player we should be weary of his movement on and off the ball.

The host, Ibom Youth will be booming on confidence as they remain unbeaten at home, but have also dropped points at home when they played out a 1-1 draw against FC One Rocket and 0-0 against Bayelsa United.

Meanwhile, the Sky Blue Stars will be relying on Ogwuche Adah, Oyedele Adebayo and Ariyo Temitayo in getting the goals as they hope to continue their goal scoring form in games while missing their main talisman and highest goalscorer Agbeko Morgan on 7goals, who is currently recovering from a knock.

Ibom Youth FC will be hoping to get a result and also get a chance to climb up the Group B2 table in expectation of having a chance in the Super 8.

On the other hand, a victory for the Sky Blue Stars will increase their mission to play in the Nigeria Professional Football League next season and also give them their third away victory in the ongoing Nigeria National League (NNL).