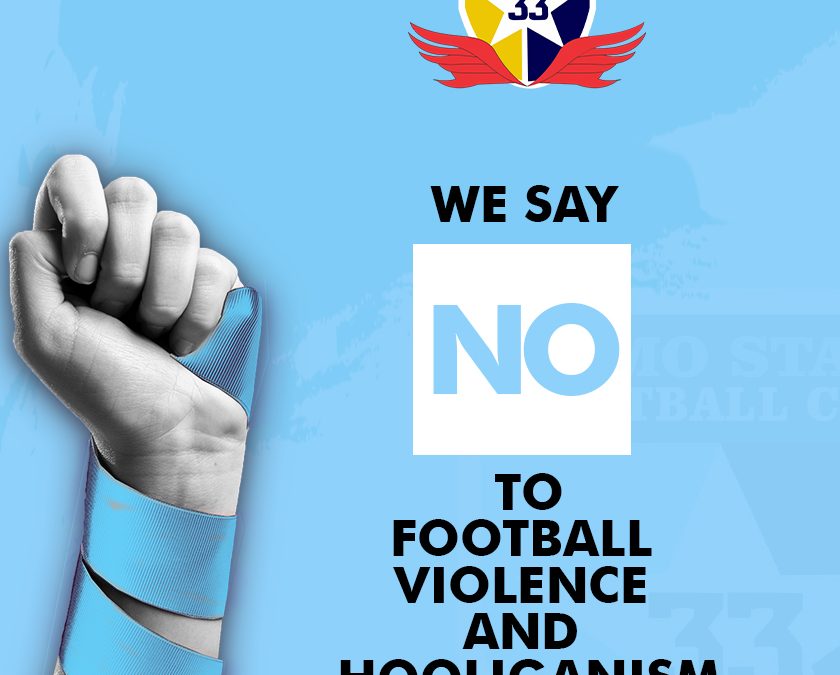 Remo Stars Football Club (RSFC) condemns the unfortunate incident that happened during the Matchday twenty-one of the Nigeria National League against Bendel Insurance at the Remo Stars Stadium, Ikenne.

An highly intensed game was goalless in the 90th minute of the game plus additional time, Bendel Insurance goalkeeper, Kolawole Oladapo, full of time wasting antics fell to the ground removing his hand gloves while Sarki Ismail hid the gloves. Immediately the centre referee sighted him he was issued a second yellow card which resulted into a red card.

Sarki Ismail, refused to leave the pitch of play for the dressing room as the rules stipulated which irritated the fans and led to boos, trying to calm the fans while seeking for the security personnel to ensure the safe passage of Sarki was CEO, Mr. Lukmon Ogungbefun who received a furious hit on the face from Sarki which led to the other players and officials of Bendel Insurance dashing down to the scene which infuriated the fans and led to the fracas.

Remo Stars Football Club condemn and never encourage all acts of football violence and hooliganism on and off the field of play.
It is quite important and pertinent to note that this happened outside the pitch of play as play was about to restart from a Cornerkick.
This was not a case of poor officiating as speculated in the media as on the day no match official was assaulted before, during and after the game.

Lastly, It is important to note that all players and officials of Bendel Insurance are in good condition, the injured player has been given the best of healthcare to ensure he is fine and the incident was reported to the Police Command as investigation are ongoing.
We will ensure all assistance needed by the authorities to carry out their investigation is fully provided.