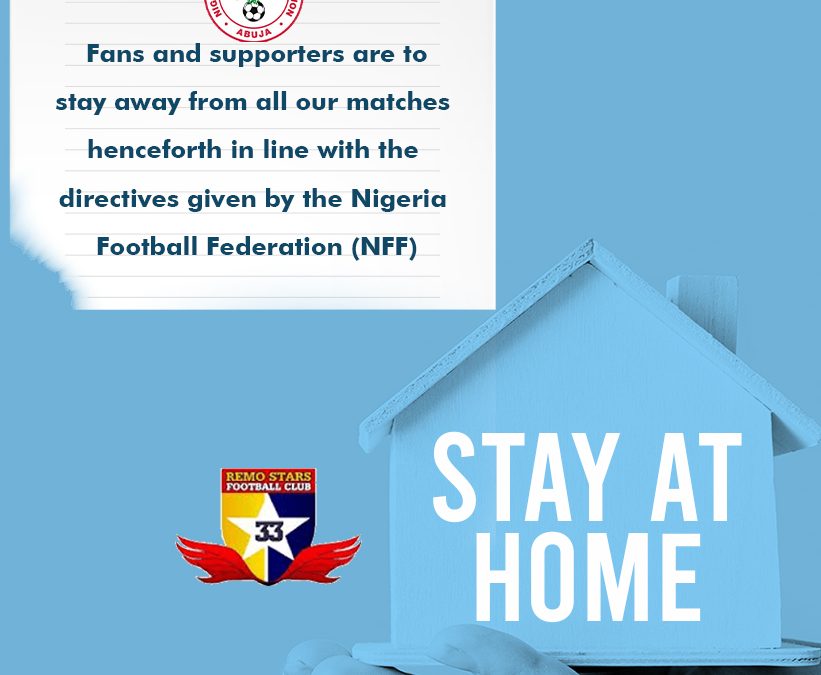 The NFF had it in a letter sent across to various clubs in the NPFL, NNL, NWFL and NLO on the Covid-19 safety guidelines and protocols at football matches in Nigeria. The letter which was signed by the General Secretary of the NFF, Dr. Mohammed Sanusi, dated June 7, 2021 indicated that the ban on gathering of spectators, has not been lifted and therefore called on the various league bodies to inform clubs, that opening of gates during matches, is a violation of the rules, warning that any club found wanting afterwards would be dealt with.

“In view of this, the General Secretary of Remo Stars, Michael Onikute has now noted that henceforth, nobody would be allowed into the arena during our games.

“I want to use this opportunity to plead with all our esteemed fans and supporters that from now, nobody would be allowed into the stadium to avoid sanctions from the Nigeria Football body.”

“Only the players, technical crew, other officials of the club and accredited pressmen will be allowed into the stadium for our next round of matches.”

“It is worthy of note that anyone who fails to stay at home had violated the Covid-19 protocol and shall be persecuted.”

“To keep tab on our games, all our fans and supporters can always go on ‘Remo Stars Sports Club’ YouTube page to see every of our games. We thank and appreciate you for your cooperation in advance.”