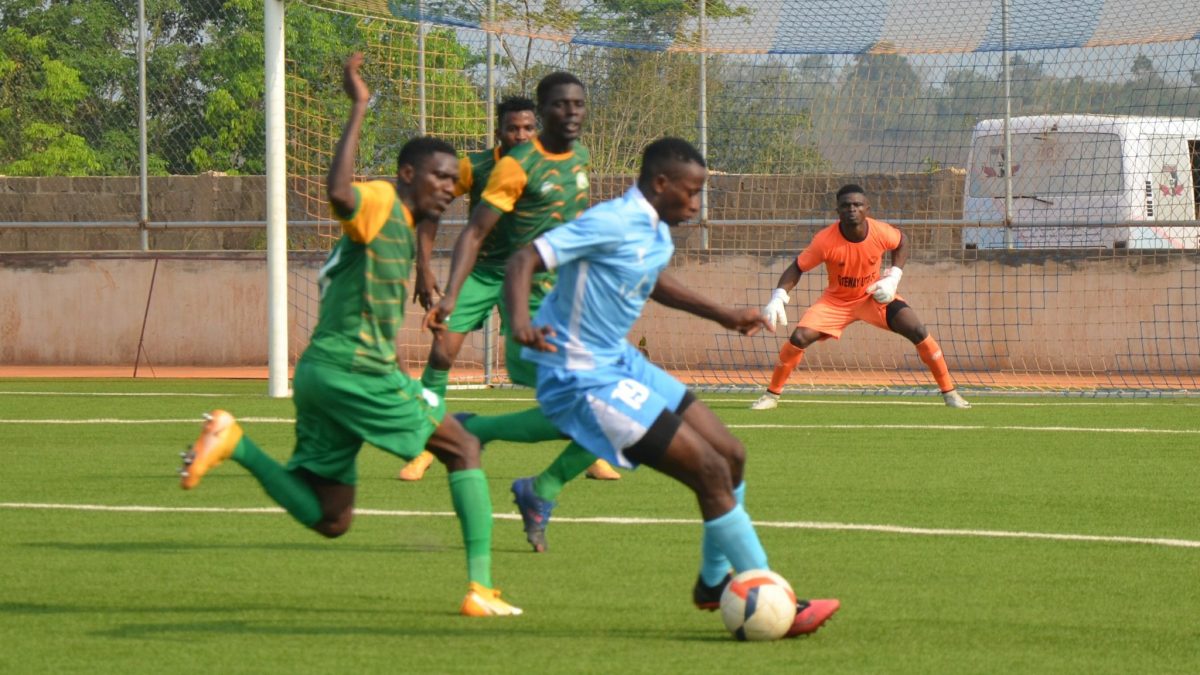 Remo Stars will be looking to take another huge step towards extending their lead at the top of Group B2 Nigeria National League table when they travel to face Ogun State rivals, Gateway United at the MKO Abiola International Stadium on Wednesday evening.

The fixture which was earlier fixed for the twelfth (12th) of June 2021 was moved to a later date (Wednesday), sixteenth (16th) of June because both teams were involved in the Ogun State Federation Cup.

Daniel Ogunmodede’s side still maintain their top spot on the table, eleven points clear of tenth placed Gateway United, who are very much locked up in a battle to avoid relegation playoffs.

The Sky Blue Stars visit the Rock City Boys at the back of a disappointing 4-3 loss on penalties after a 1-1 draw with Best Talents FC in the Ogun State FA Cup played at the Otunba Dipo Dina Stadium in Ijebu Ode.

On the other hand, Gateway United defeated Easywell FC 4-0 at the MKO Abiola International Stadium in Abeokuta to secure the spot to represent Ogun State in the forthcoming Aiteo Federation Cup.

The last time both sides met, Remo Stars defeated Gateway United 2-0, thanks to beautiful goals from Ogunribide Oluwaseun and Adah Mathias to give the Sky Blues the deserved win at the Remo Stars Stadium in Ikenne-Remo, Ogun State.

Gateway United will hope to get the better of Remo Stars on Wednesday evening banking on their good goalscoring form at home, they have scored seventy-eight percent (78%) of their goals this season at home, making it eleven (11) goals from their total fourteen (14) goals scored in the ongoing Nigeria National League.

Meanwhile, if Remo Stars will get a win against Gateway United in Abeokuta, they will have to double their efforts in overturning their not too good scoring abilities away from home this season, they have scored only fourteen point three percent (14.3%) goals in away games, three (3) from the total twenty-one (21) goals scored in the NNL this season.

The Sky Blue Stars will put hopes on Oyedele Adebayo who have scored two (2) out of his three (3) goals away from home to get the job done in Abeokuta. Meanwhile, the club’s highest goalscorer this season, Agbeko Morgan is a doubt for this encounter alongside Adah Mathias who is currently injured.

One of the players to watch out for the Rock City Boys is the recent free scoring Michael Okolo, who have now scored four (4) goals for Gateway United this season, alongside their tall and lanky striker, Muhammad Muhammad who is yet to get a goal this season but have been instrumental for the host.

An interesting encounter awaits both sides because a win for Remo Stars help them maintain their top spot, while a win for Gateway United see them move up a little above the relegation playoffs.