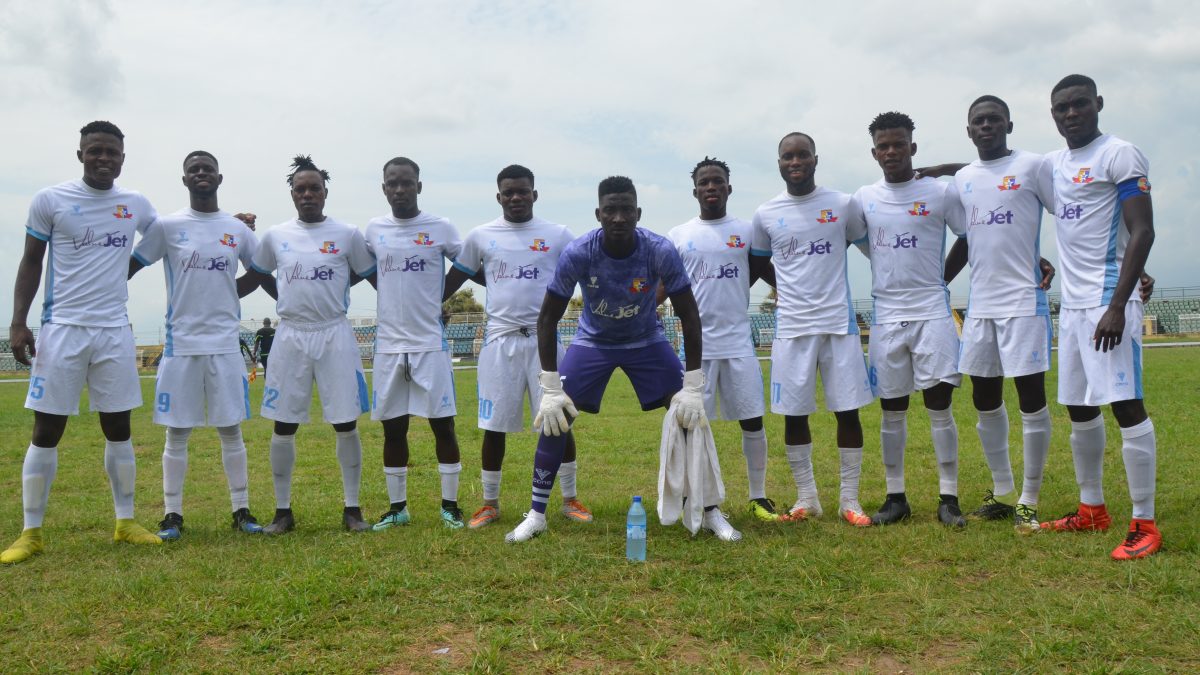 The first chance of the game came for the Rock City Boys in the 7th minute after Abawula Anthony got the opportunity to put the host ahead but his attempt went over the bar.

A minute after, the Sky Blue Stars came closer to go ahead Oyedele Adebayo sent a beautiful pass towards Wisdom Samuel who laid it down for Akanni Qudus but his chance went inches over the bar.

The host had a free kick in the 27th minute taken by Michael Okolo but his effort was brilliantly saved by Bankole Kayode.

Remo Stars continued to mount pressure on the Rock City Boys as Ismail Sodiq located a free Samuel Wisdom, he squared in a cross but nobody was close to convert for the Sky Blue Stars.

Another opportunity surfaced for Remo Stars after Ogunribide Oluwaseun took a corner kick but Araromi Ibukun was brilliant to punch the ball off the head of Victor Collins.

The host finally went ahead through Ikechukwu Julius after he benefitted from Ismail Sodiq’s poor pass to give his side the lead.

The second half resumed and it was Remo Stars who had the first attempt through Ogunribide Oluwaseun after he carefully took a free kick that was saved by Araromi Ibukun.

Akanni Qudus and Adedayo Olamilekan combined well at the center of the field to locate Ogunribide Oluwaseun who sent a lofty pass to Oyedele Adebayo, but he couldn’t convert.

The inclusion of Victor Osuagwu and Ariyo Temitope made the game more intense as Osuagwu had an opportunity to level up but his effort went wide.

The Sky Blue Stars continued to find an equaliser but Gateway United fought hard to maintain the lead to gather all three points.