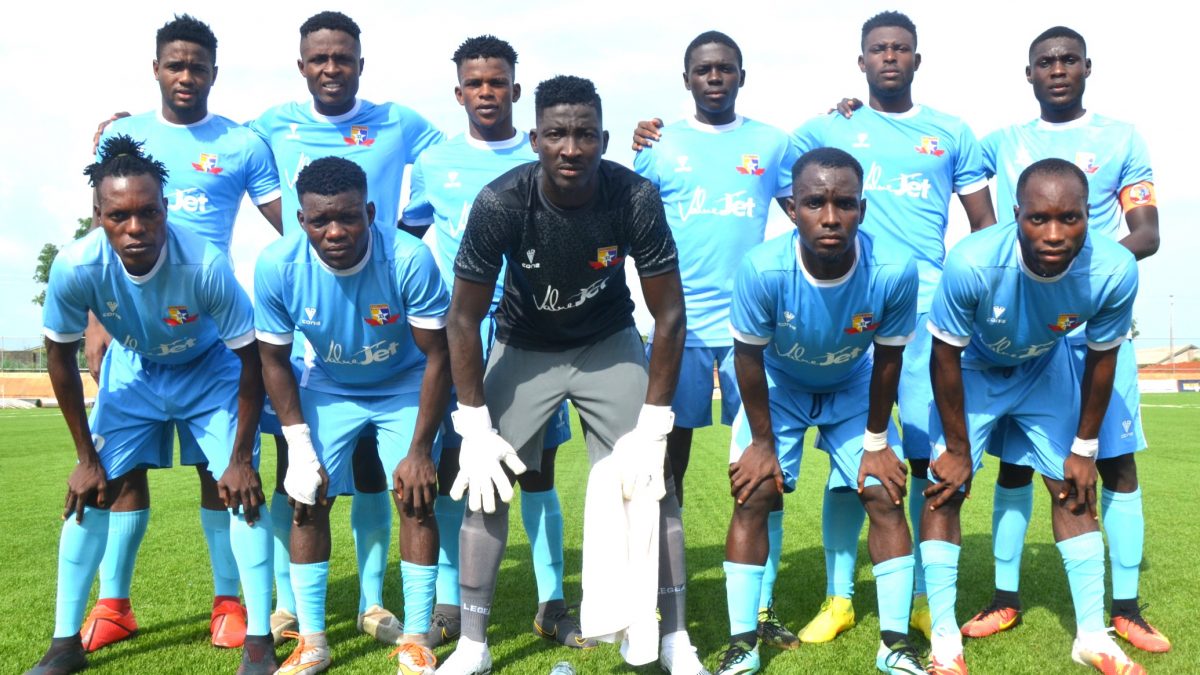 As games resume in Group B2 of the Nigeria National League, Remo Stars will hope to reclaim their position on top of the table when they travel to face Joy Cometh at the Agege Stadium on Saturday.

The rescheduled matchday 20 clash was earlier fixed for the 3rd of June, 2021 but was put on hold by the organising body.

Daniel Ogunmodede’s side who will push to return to the top spot on the table are currently three points behind rivals, Bendel Insurance who got a late win against Apex Krane on Wednesday.

Remo Stars who will make a short trip to Lagos are currently eleven points clear of eleventh placed Joy Cometh, who are very much locked up in a battle to avoid relegation playoffs.

The Sky Blue Stars head into this tie following a 1-0 defeat to Ogun State rival, Gateway United after Ikechukwu Julius benefitted from Ismail Sodiq’s poor pass to give his side the lead.

Joy Cometh on the other hand came back from behind in the second half to play out a 1-1 draw against J. Atete at the Agege Stadium the last time out.

The last time both sides met, Remo Stars defeated Joy Cometh 1-0, thanks to a beautiful goal from Oyedele Adebayo to give the Sky Blues the deserved win at the Remo Stars Stadium in Ikenne-Remo, Ogun State.

Joy Cometh will try their best possible to return to winning ways if they are to beat the drop, taking enough courage from their goalscoring form whenever they play in their home.

Meanwhile, the Sky Blue Stars will have to work hard on their scoring form away from home if they are to pick up the maximum points against Joy Cometh on Saturday at the Agege Stadium.

Remo Stars have a pool of strikers to pick from with club’s highest goalscorer this season, Agbeko Morgan returning from a slight injury alongside Adah Mathias and Oyedele Adebayo.

The host have free-scoring Damilare Johnson, Ajani Babatunde and Adisa Daniel fit and prepared for this encounter after helping their side score majority of their goals this season.

It is going to be an interesting game between both sides because a win for Remo Stars help them return to the top of the table and a win for Joy Cometh moves them up above the relegation playoffs.