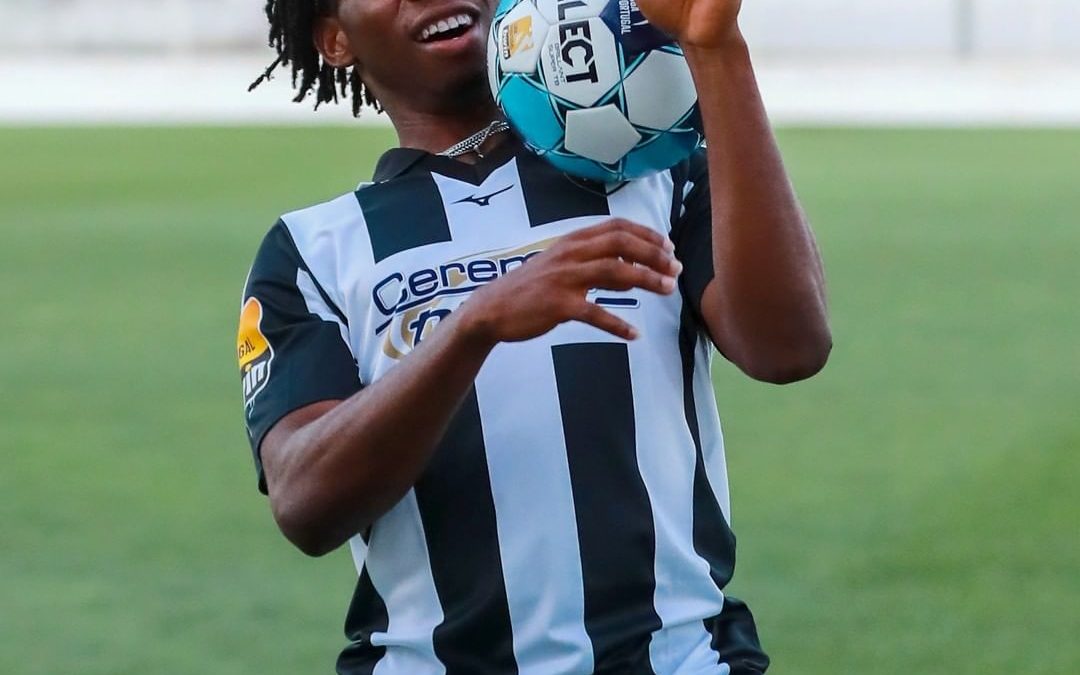 The deal includes an option-to-buy at the end of the season.

The Super Eagles forward who left the Sky Blue Stars in 2018 scored 11 goals with two assists from 28 games in his first season with the first season as a first team player for CD Feirense.

Marcus Ayomide already underwent medical check-ups and signed his contract ahead of the new season.

Speaking with RSFC Media, the General Secretary, Michael Onikute says it’s a good move for the young lad and he hopes he will excel with his new team.

“It is a good move for Marcus, since he first left Remo Stars for Feirense, they tried to he kept doing his best and it helped him to the first team.”

“He is a young lad who his skillful and hardworking, his hardwork has taken him thus far and I know he will excel so well and adapt so well in his new team.”

The former Remo Stars player was introduced to the media on Monday afternoon by the Chairman Board of Directors of Portimonense Football SAD, Rodiney Sampio.

Remo Stars wish him the best of luck in his new challenge.