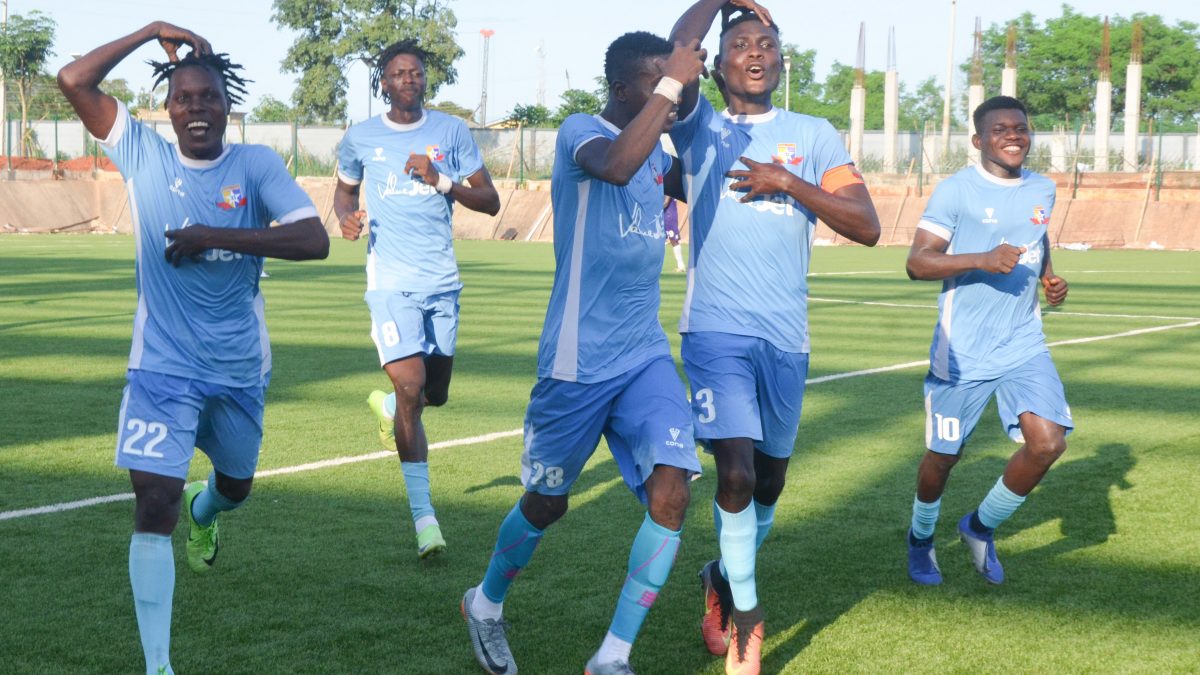 Remo Stars claimed the bragging rights of the Southwest Derby at the Ogunjobi Gold Cup as they claimed a 1-0 victory over MFM FC on Sunday at the Remo Stars Stadium in Ikenne.

Both teams gave their best with attacking play and defending in the first 45 minutes but at the end, the half ended in a barren draw.

The second half was a tough duel as both teams could have taken a point from the game but had their goalkeepers to thank for the saves they made.

With two minutes into the second stanza, the Sky Blues Stars captain Nduka Junior was an inspiration for his team, after he scored a free kick from the edge of MFM FC box.

As the clock thicker away the Olukoya Boys thought they had equalized in the 86th minute after an unmarked Oyedele Adebayo nodded the ball from a cross into the net.

His joy and that of his teammates was cut short after the referee ruled the goal as off-side as his assistant had raised the flag.

The Gbenga Ogunbote lads will now play FC Yobo in their final Group A game on Tuesday by 8am.