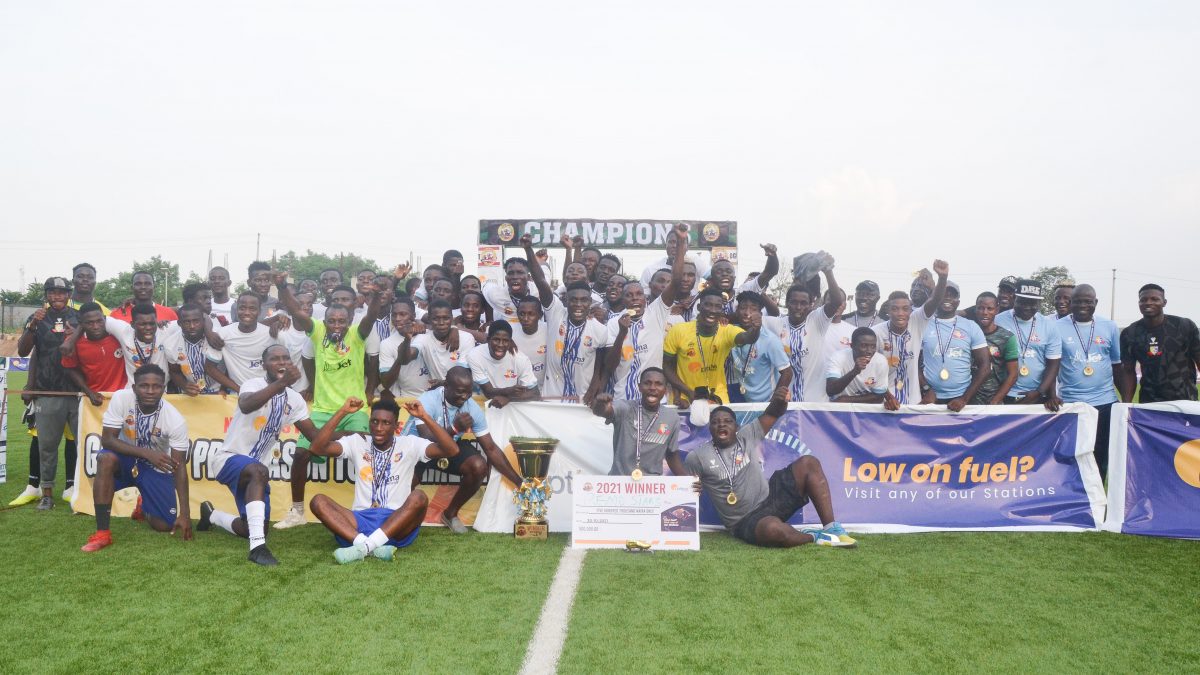 A hat-trick from Andy Okpe and one from former Oluyole Warrior striker, David Ojukwu was enough for the Sky Blues Stars to humiliate Shooting Stars FC and win the nation’s premium class pre-season tournament after breaking their seventh-time semi-final jinx.

Shooting Stars goalkeeper, Detan Ogundare gifted Remo Stars an easy chance to score three out of the four goals the team conceded within 15 minutes owing to his carelessness with his passes to his defensive line.

At the half-hour mark of the game, Remo Stars were the better side in the contest, as they kept the pressuring on Shooting Stars for an opener.

The first chance at goal came in the 26th minute after Tolulope Ojo low drive shoot at Detan Ogundare went off target.

Then, the real chance came in the 42nd minute after Andy Okpe capitalize on Detan’s poor clearance pass to his teammate to poke into the net the first goal of the game.

Five minutes into the second half, Ojukwu David punished his former team as he made it 2-0 for the Sky Blue Stars.

Mercurial Midfielder, Dayo Ojo took advantage of Detan Ogundare’s poor pass again, to give Ojukwu David a pass and the striker made no mistake to increase the score line for the Sky Blue Stars.

Andy Okpe, in the 57th minute bagged his brace putting the icing on the cake for the Sky Blues Stars nodding into an empty net from Tolulope Ojo’s cross to make it 3-0.

10 minutes into the end the derby, Andy Okpe then scored a brilliant goal with his head to bag his hat-trick, as he made it 4-0 for the Sky Blues Stars to put the game beyond the reach of the Oluyole Warriors, and took home the match ball.