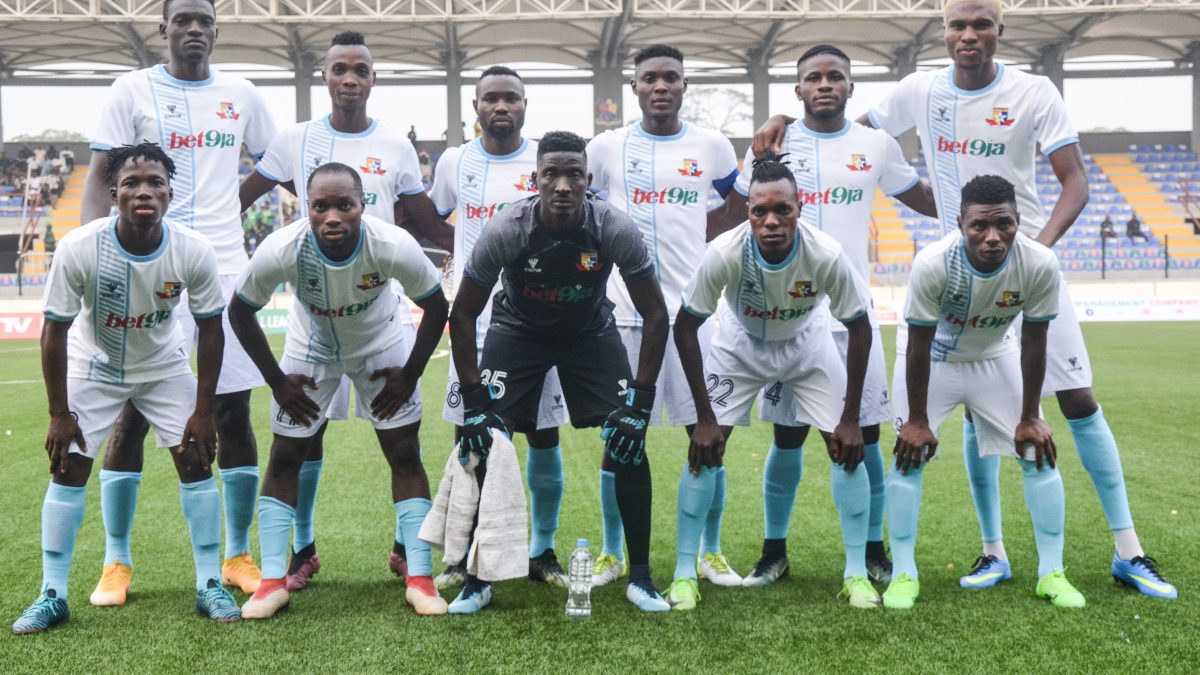 The match which marked the opener for the 2021/2022 League season saw the Sky Blue Stars score twice in the second 45 minutes of the game after a very competitive start.

Both sides started brilliantly but it was the visitors, Remo Stars who had the first attempt at goal after Tolulope Ojo received a long pass from Dayo Ojo, he took at once and the ball went straight into the hands of Osayi Kingdom.

The host, MFM FC had their first opportunity from a free kick, Precious Roland sent in the kick and Oludayo Alabi almost put them ahead but his attempt went over the bar.

It was the Olukoya Boys that continued to pile up pressure on the visitors until the thirty-third minute when Ifeanyi Ojukwu tried to put the Sky Blue ahead after he calmly displaced his marker on the left but Osayi Kingdom put his hand to it.

Before halftime, the Sky Blue Stars had double opportunities to go ahead but Isah Ali’s freekick was punched away from Osayi Kingdom before denying Ismail Sodiq’s immediate attempt.

Akanni Qudus finally broke the deadlock for the Sky Blue Stars in the fifty-fifth minute after pouncing on Ifeanyi Ojukwu’s pass to give the visitors the deserved lead.

Just immediately after the deadlock, the Olukoya Boys had the chance to level things up but Adebayo Oyedele was too anxious to nod in but Bankole Kayode stood tall to deny.

Samuel Anakwe was later introduced for Ojo Tolulope and immediately got the opportunity to increase the tally for the Sky Blue Stars but flipped it over the bar.

Osayi Kingdom continued to put the host in the game until the final minutes after Dayo Ojo got the ball, he dribbled past his marker on the edge of the box to send in a cross and finally Andy Okpe taps in to make it two for the Sky Blue Stars.

Next for the Sky Blue Stars is a home game against Heartland Football Club at the Remo Stars Stadium in Ikenne-Remo, Ogun State.