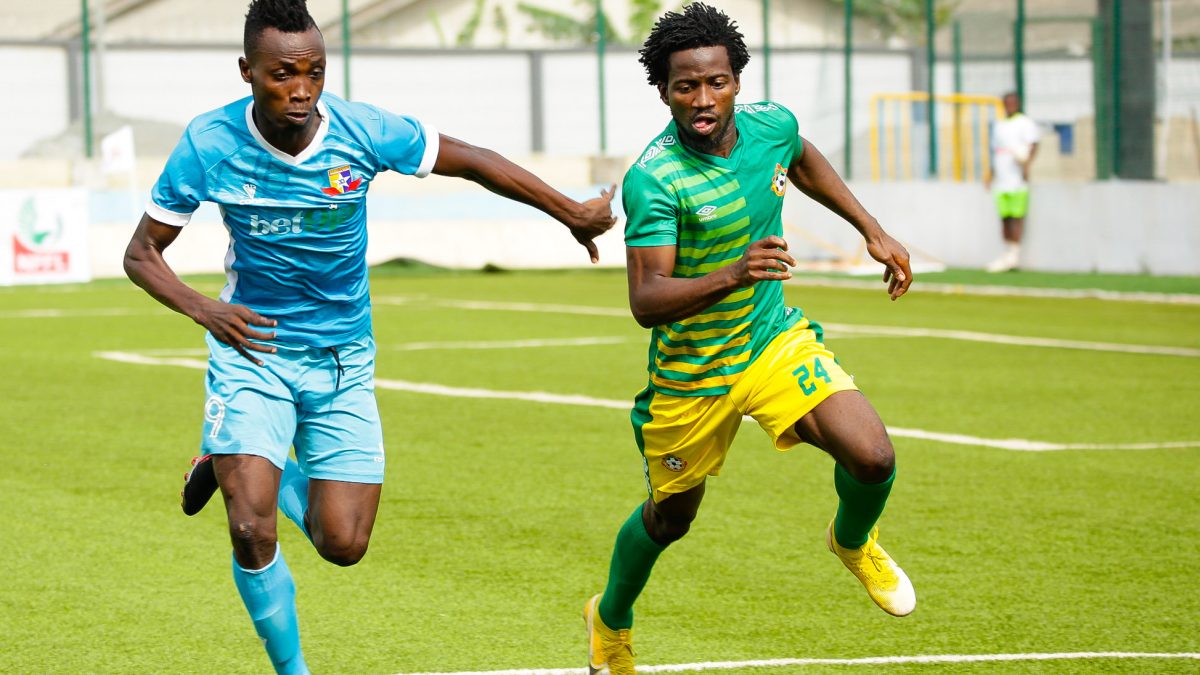 Not to forget that the target for the Sky Blue Stars this season is to finish in an appreciable position, not to return to the lower division, Nigeria National League (NNL) at the end of the season and now Remo Stars are fourth on the table as the first round of the NPFL ends.

Goals from Andy Okpe, Tolulope Ojo and Seun Ogunribide ensured that Remo Stars got the maximum points against the Afonja Warriors at the Remo Stars Stadium.

Coach Gbenga Ogunbote made just a change to his side that started the game against Niger Tornadoes as Noah Olawale replaced injured Isah Ali, Haruna Hadi replaced Ebenezer Akinsanmiro who is currently in Italy for a programme.

It was Remo Stars who had the first chance of the game from a free kick as Abdulrasheed Awoyemi sent in a cross and Dele Aiyenugba punched out for safety.

Andy Okpe located a free Tolulope Ojo with a beautiful pass but his overhead kick went over the bar.

The visitors had their first chance of the game as Samad Kadiru located Tiza Samuel who took at once but his attempt was deflected for a corner kick.

Dayo Ojo continued to create chances in the middle of the pack as he lays a low pass towards Qudus Akanni, he dribbled his marker to shoot Dele Aiyenugba came to the rescue for the visitors.

The brightest of chance went Andy Okpe’s way as he received a brilliant pass from Tolulope Ojo, but he placed it wrongly and it went wide.

As the second 45 minutes resumed, Andy Okpe put the Sky Blue Stars in front with a beautiful finish inside the visitors’ box and Dele Aiyenugba looked clueless for that goal.

Few minutes later, Tolulope Ojo doubled the lead for the Sky Blue Stars after Andy Okpe had earlier flicked the ball towards him, and he quickly put the ball in between the legs of Dele Aiyenugba.

The visitors got a chance to reduce the deficit after one of Remo Stars players fouled Isah Gata inside the box, Alao Danbani stepped up to take, but he balloned his attempt over the bar.

15 minutes towards the end of the game, Tolulope Ojo put the ball at the back of the net of the visitors after Seun Ogunribide sent in a good pass towards him but the referee ruled it offside.

In the closing minutes of the game, the visitors had a free kick in a promising area as Afeez Nosiru took the kick, but we defended brilliantly to maintain the scoreline.

Seven minutes to the end of the game, newly introduced Haruna Hadi dribbled his marker to send in a cross but Seun Ogunribide was there to get the Sky Blue Stars the third goal of the night.

The visitors continued to find an opportunity to reduce the deficit but the boys stood their ground to ensure a three goal margin as the league entered the midseason.

With the victory against Kwara United, the Sky Blue Stars are now fourth on the log behind Rivers United, Plateau United and Rangers International.