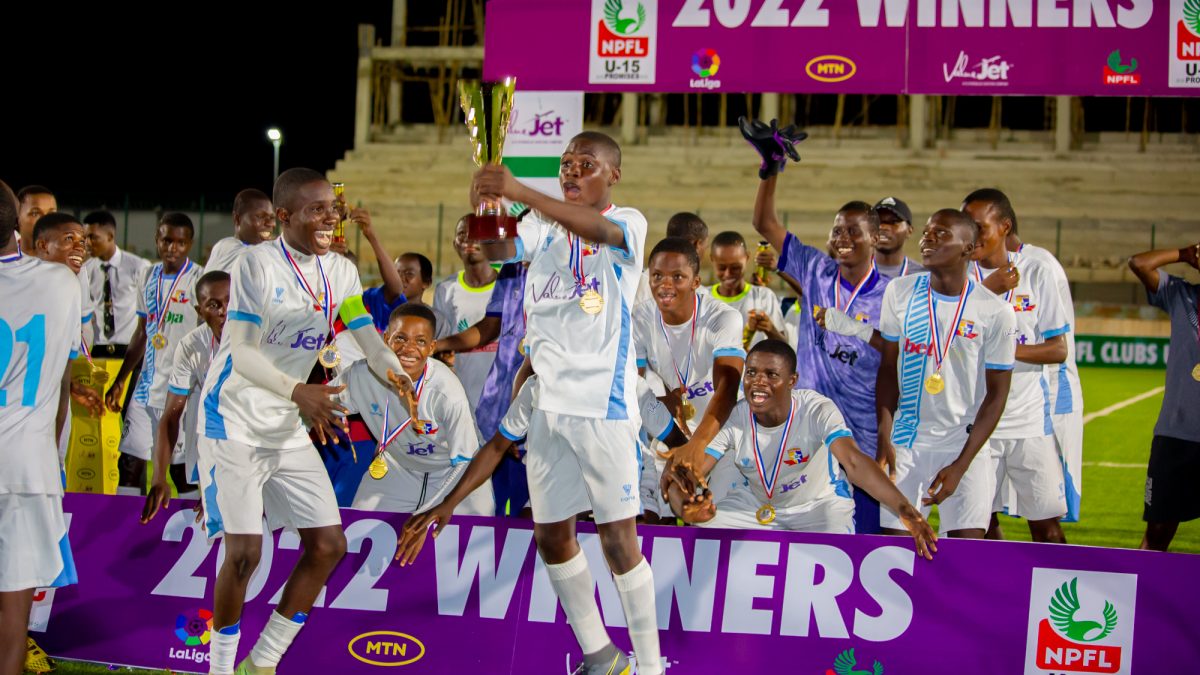 Remo Stars has emerged as Champions of the 2022 Nigeria Professional Football League (NPFL) LaLiga U-15 Promises after a 2-0 win against Shooting Stars at Remo Stars Stadium, Ikenne-Remo, Ogun State.

Arierhi Kparobo scored two goals in either half to hand Remo Stars the victory in the final match on Sunday.

The player after the game also emerged as the top goal scorer of the tournament.