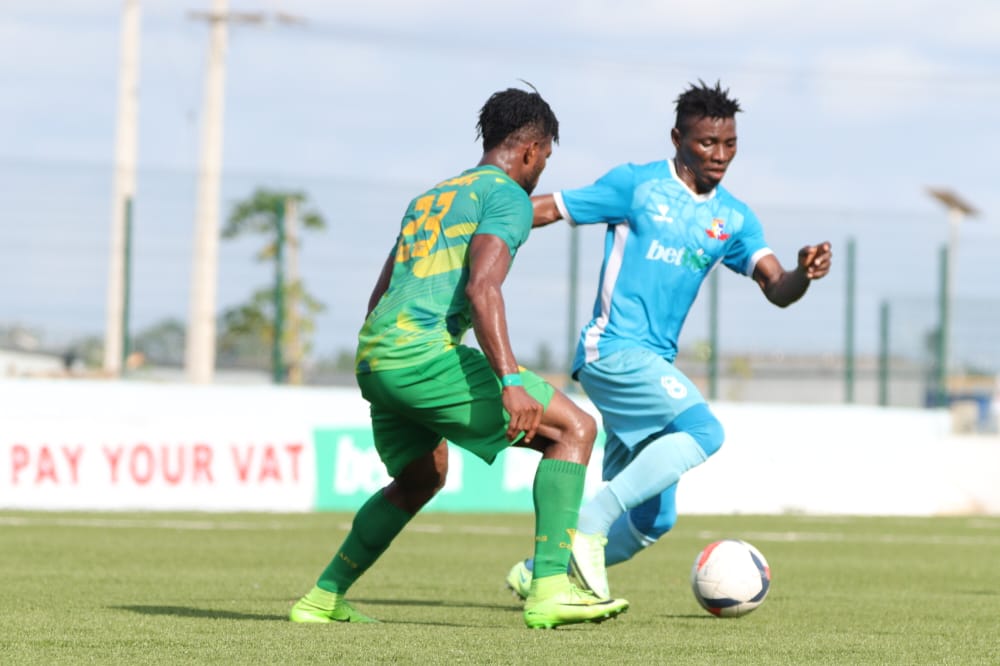 Remo Stars lost its second home game of the 2021/22 Nigeria Professional Football League, NPFL season with a 1-3 defeat to Kano Pillars on Saturday.

Coach Gbenga Ogunbote handed Ibrahim Yusuf his first start for the Sky Blues stars while left back, Seun Ogunribide was making his first start in three games in a much attacking line up from the gaffer.

The visitors were the first to threaten after Remo Stars had enjoyed the fair share of possession inside the opening stages as Bankole Kayode got down quickly to his left to save a 20yrd strike from Okon Aniekeme after he was found alone by a Rabiu Ali freekick.

Kano Pillars would however go ahead with Mark Daniel in the 14th minute after a quick counter attack saw him one on one with Bankole Kayode to slot home to his bottom right.

Remo Stars tried to respond almost immediately when Dayo Ojo went on a dashing run into the box, his cut back was cleared with the resulting corner amounting to nothing.

Qudus Akanni was next to try after brilliantly skipping pass the Kano Pillars defense, found Dayo Ojo who blasted over.

Sikiru Alimi couldn’t keep his header down off a corner kick with Remo Stars playing a high line to find a leveler.

The sky blue stars would go on to rue the missed chances as Kano Pillars doubled their lead with Auwalu Ali Malam grabbing his first of two goals in the 35th minute following a well composed finished after running round the backline of Remo Stars and finishing into the right-hand corner of Bankole Kayode.

Four minutes later, the coach Gbenga Ogunbote led side halved the deficit when Ibrahim Yusuf got the final touch to a free kick from Abayomi Adebayo, his first goal for Remo Stars in his first ever start.

The first half ended with Remo Stars behind, and with hope of a renewed second half display, Auwalu Ali Malam
got his brace three minutes into the second period when he volleyed home a one time through ball off a free kick, 1-3 to Sai Musa Gida and Remo Stars afternoon got even much harder.

Coach Ogunbote tried to inject some fresh legs with Abdullahi Oyedele, Haruna Hadi and Agbeko Morgan coming on but it was little too late as Kano Pillars got all three points in Ikenne.

*WHAT IT MEANS*
The defeat sees Remo Stars remain fourth with 46points from 30 matches played.

*WHAT’S NEXT*
Attention now turns to the southwest derby in Ibadan against Shooting Stars. The sky blue stars won the first leg 1-0 and are yet to lose a southwest derby this season. 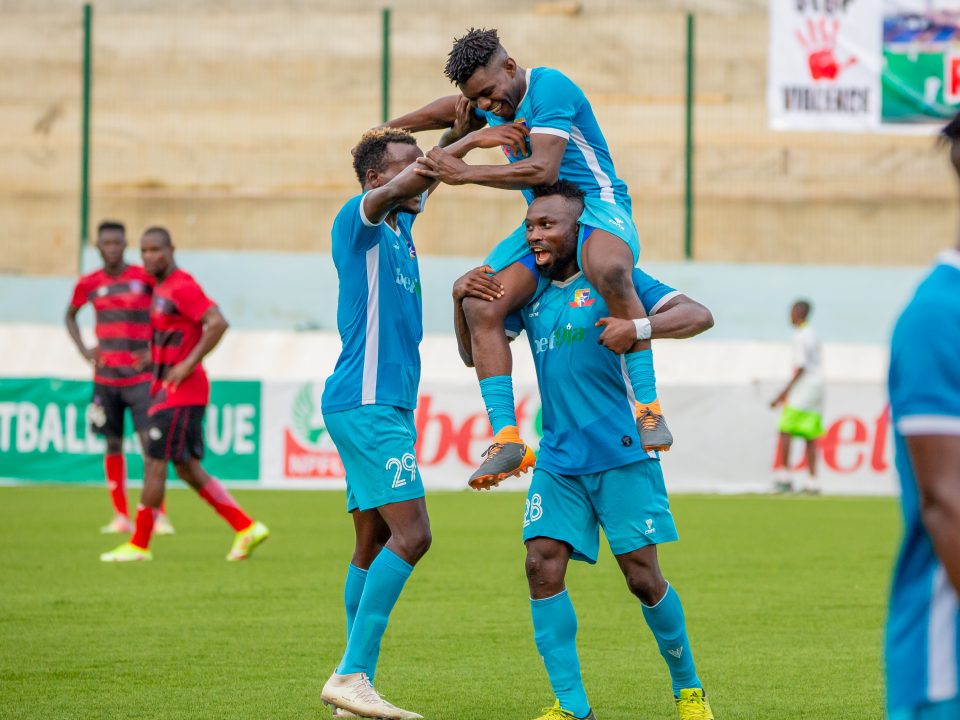