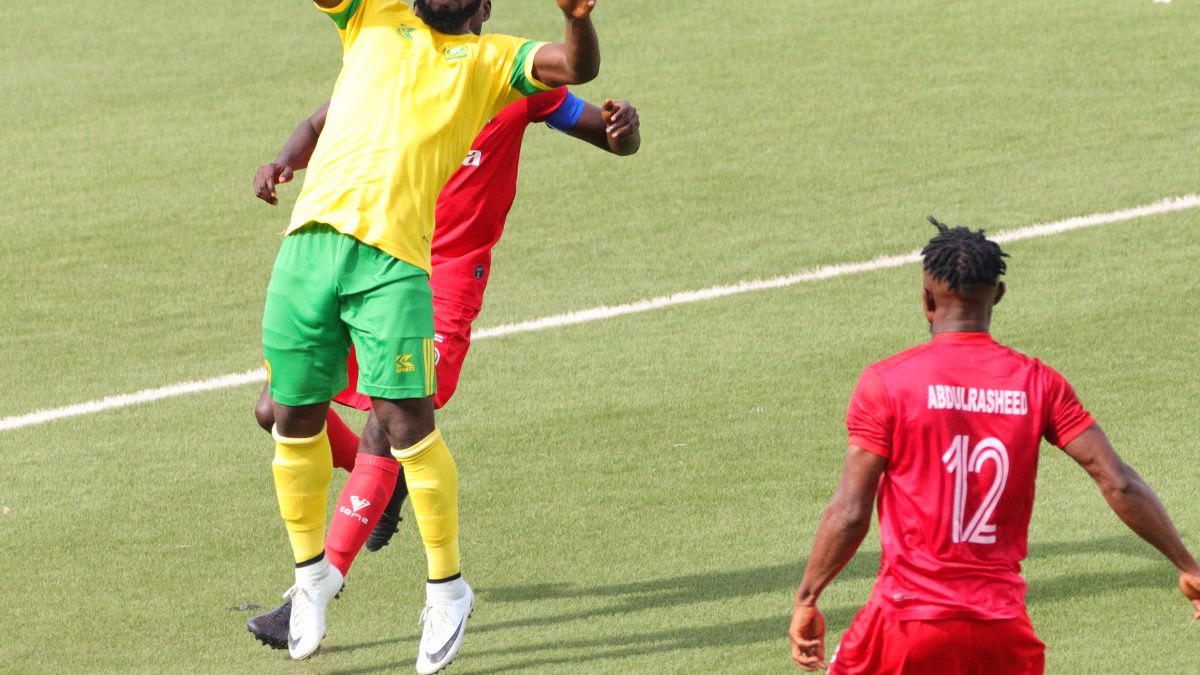 Remo Stars on Sunday at the Muhammadu Dikko stadium in Katsina state lost 3-2 as the Sky Blue Stars maintained the 3rd and final continental spot up for grabs in the Nigeria Professional Football League, NPFL for the 2021/22 season.

HOW IT HAPPENED
Coach Gbenga Ogunbote welcomed Isah Ali from injury while goalkeeper Emmanuel Daniel was in goal with Sikiru Alimi leading the attacking line, there was also a starting place for Haruna Hadi.

The first ten minutes of the game had little chances between both teams as they sized up each other.

The breakthrough would come for Katsina Utd in the 12th minute when they expertly split Remo Stars backline with exchanges of passes which Tosin Omoyele finished from close range.

Remo Stars tried to respond immediately as they passed the ball around to find space, Ewelike Edozie sent in a good cross towards Ifegwu Ojukwu but his marker headed away.

Five minutes before the half hourmark, Abdulrasheed Awoyemi was adjudged to have brought down Ahmed Abdultaofeek with the referee pointing to the spot.

Tosin Omoyele would eventually get his brace by slotting home for the host.

A free kick on the edge of the box was awarded to Remo Stars in the 33rd minute, Haruna Hadi and Ifegwu Ojukwu both stood to take but the former only hit the wall.

Another set piece opportunity, this time from a corner kick came the way of Remo Stars but amounted to nothing as the first half ended 2-0 in favour of the host.

On resumption of the second period, Sikiru Alimi pulled one back for the away side after neatly dribbling past two defenders to drive a home a left footed shot, the goal coming in the 56th minute.

15 minutes before regulation time, Katsina United had a free kick close to the sky blue stars box but Dauda Madaki could only blast over the bar.

With 10 minutes left to play, Ifegwu Ojukwu was withdrawn for Adegbite Alhameen. Samuel Anakwe was next to test the host resolve when he wiped in a cross after skipping past his marker but Katsina Utd clear to safety.

The attention of the medics were called on Adebayo Abayomi as his marker stamped his boot on the midfielder’s face.

With two minutes added on after the 90, Adegbite Alhameen put into the back of the net an Andy Okpe flick on to level the game at 2-2.

Play was however delayed for a very long period as the referee, Lawyer Chinedu from Delta State and assistant referees, Ahmad Abdullahi from Bauchi, Ber Simon from Benue State had consultations if the goal should stand or not.

Goal given and game resumed with the Sky Blue Stars playing well over amd beyond the stipulated added time of two minutes as Emmanuel Matthew scored from Dauda Madaki’s delivery to give Katsina Utd the winner.

A result that ruined but still maintained Remo Stars position on the table despite the spirited comeback the coach Gbenga Ogunbote side had put into the game in the far northern part of the country.

WHAT IT MEANS
The defeat sees Remo Stars remain third on the log with 53 points just one ahead of both Rangers and Enyimba in 4th and 5th respectively.

WHAT’S NEXT
The Sky Blue Stars will return to Ikenne to prepare for an important clash against Enyimba next Sunday.