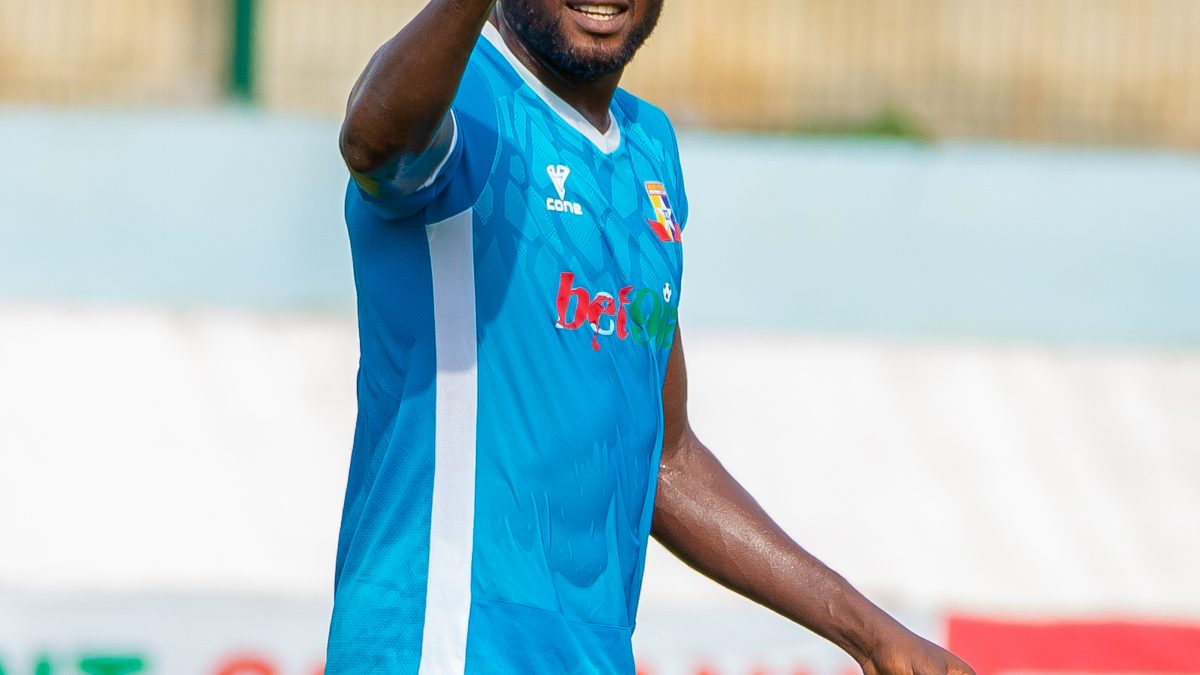 Remo Stars on Sunday at the Remo Stars stadium in Ikenne, Ogun State took a major step in their quest for a place at next season’s CAF Confederations Cup with a 1-0 win against Enyimba in a matchday 36 clash of the Nigeria Professional Football League, NPFL 2021/22 season.

HOW IT HAPPENED
Two changes were made to the team that travelled to Katsina Utd with Ewelike Edozie and Haruna Hadi making way for Seun Ogunribide and Dayo Ojo.

Playing in front of their home fans for the first time since the 25th of May, Remo Stars as early as the third minute had Dayo Ojo with the first real opening of the game as his shot from 20 yards out sailed wide.

Off a freekick, a cross to Sikiru Alimi was too heavy as the Sky blue stars continued to probe the half of Enyimba going into the 10th minute.

Olorunleke Ojo dropped the ball from a freekick in the 20th minute but Alimi couldn’t connect.

With Enyimba struggling to own the ball, Qudus Akanni intended cross off his head was well picked by Ojo, the chance coming in the 25th minute for Remo Stars.

On the half hour mark, Sadiq Abubakar came up with Enyimba’s first chance of the game after being left one on one with the goalkeeper but could only shoot off target.

With 10mins left of the first half, the weather conditions changed in Ikenne and the rains came out pouring.

Another chance went begging from a corner for the host, this time, off Sikiru Alimi’s head.

Two minutes before halftime, Nduka Junior’s freekick was massively saved by Olorunleke Ojo with the home fans thinking the ball was destined for the net.

The captain’s freekick was the final attempt from both teams as the first half ended goalless.

On resumption of the second half, Remo Stars restarted play and with their first chance scored the only goal of the game.

Call it a goal from the dressing room and you won’t be wrong as Ojukwu fed Sikiru Alimi, who deftly controlled the ball before hitting a low drive into the bottom left that had Ojo helpless.

Having found the opener, Dayo Ojo started pulling the strings in the midfield for Remo Stars with his team enjoying more of the possession just as they did in the first half.

Four minutes after the hour mark, Ifegwu Ojukwu and Olamilekan Adedayo were substituted for Andy Okpe and Samuel Anakwe as Coach Gbenga Ogunbote searched for an “assurance goal”.

A goal mouth scramble fell to Sikiru Alimi but Olorunleke Ojo stopped him at point blank, the chance coming in the 75th minute.

The last 10mins of the game saw half chances created via Anakwe, Ojo and Akanni.

No further goals were recorded in the game as Enyimba were well nullified.

WHAT IT MEANS
The win ensures Remo Stars remained 3rd on the log with 56pts points, a point ahead of Kwara Utd who are 4th with 55pts.

WHAT’S NEXT
A southwest derby beckons in Akure against Sunshine Stars next Sunday. The Sky blue stars are unbeaten this season in the derby.