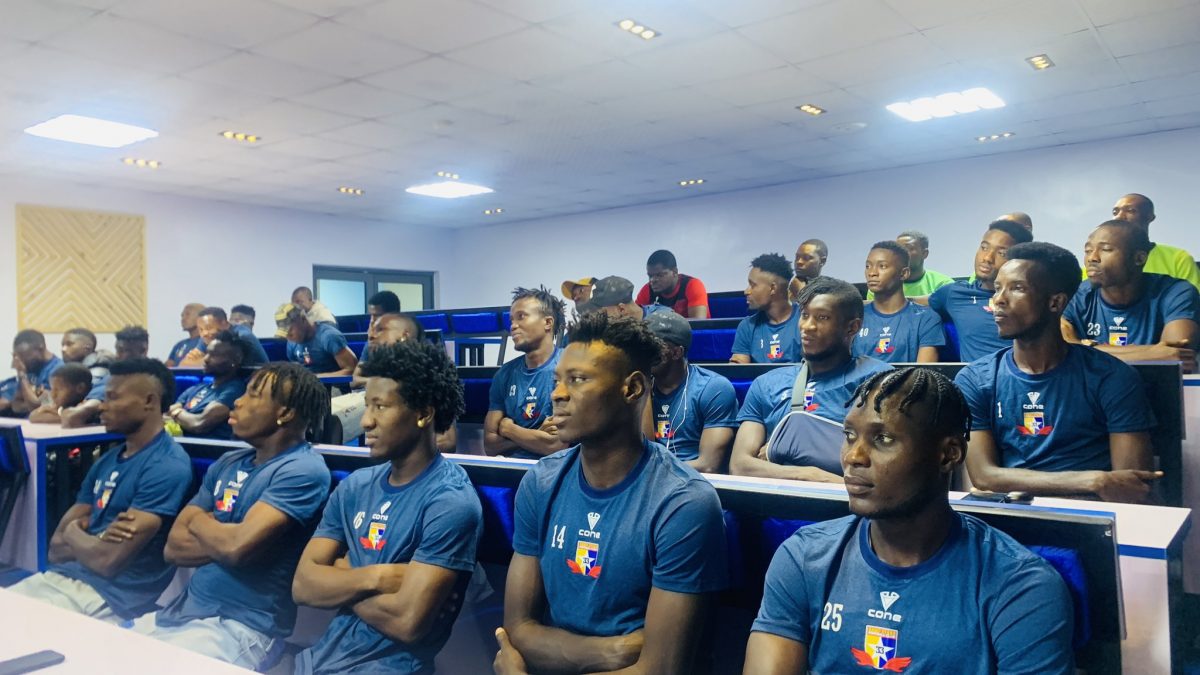 Players and officials of Remo Stars have been taken through how to set an achievable goals and in life and become better leaders.

The seminar held on Tuesday was part of Remo Stars’ preseason programs for their personnel had various topics presented by a leading sport consultant in Nigeria, Shogo Shodunnke of Phreestyle Sport.

Shodunnke who tagged the seminar as ‘All in Football’ noted that the essence of the talks was to build a solid, functional and productive team during and after NPFL season.

The football management expert took the team through talks such as Life after Football for Players and Officials and having right attitude and positive mindset towards the growth of Remo Stars.

Head Coach of Remo Stars, Daniel Ogunmodede and club captain, Nduka Junior commended the club for organizing the seminar which they described as eye opener and needed tips to become a better unit as well as building winning mentality among the players and officials.