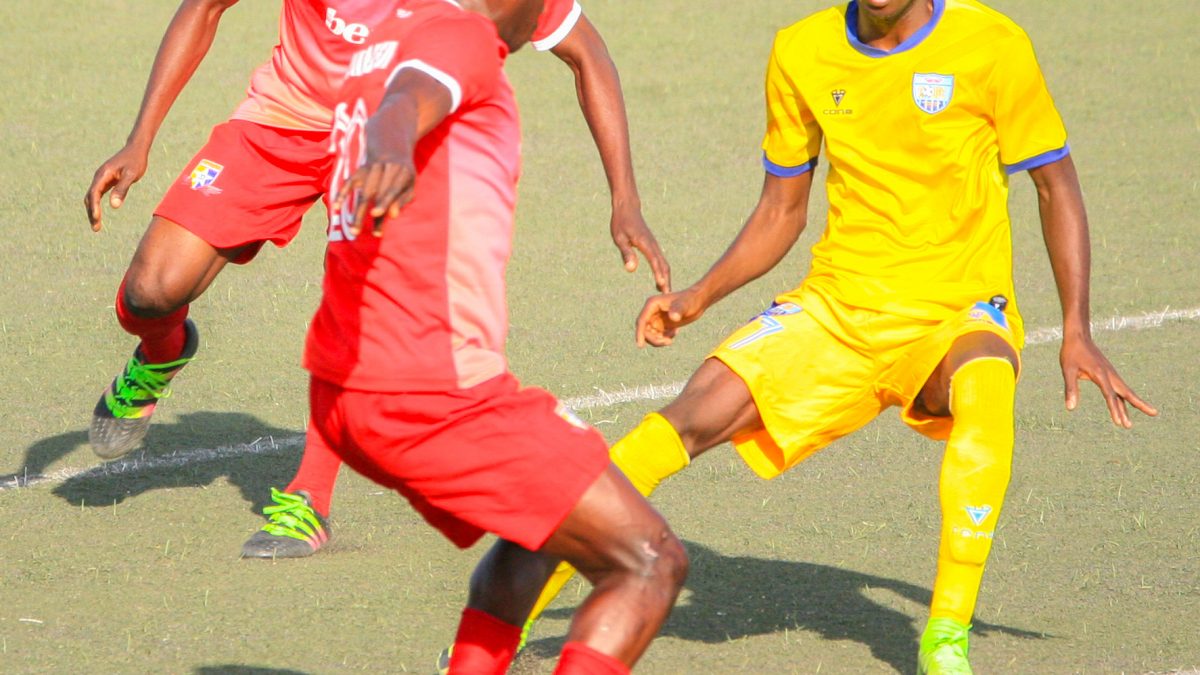 Andy Okpe scored the only goal of the game as Remo Stars continued their impressive form in the Nigeria Premier Football League with a 0-1 win over Gombe United at the Pantami Stadium in Gombe State.

In the 88th minute, the lanky striker headed home after Seun Ogunribide’s crossevaded everyone in the Savannah scorpions box to hand the Sky Blue Stars a deserved victory.

Daniel Ogunmodede’s side has now maintained a hundred percent record to remain joint first on the log table after making it a back-to-back victory.

The host had a chance to put themselves in front in the seventh minute but but the upright denied Yusuf Taiye from giving them the early lead.

A chance came for the Sky Blue Stars in the 25th minutes after Seun Ogunribide carefully located Adam Olamilekan but he couldn’t convert as Itodo Akor rescued for his side.

Within seven minutes of the second half, the referee pointed to the spot after he adjourned an infringement on Taiye Yusuf inside the Sky Blue Stars’ box, Samaila Bello took the kick and he blasted over the bar.

Daniel Oginmodede introduced Andy Okpe into the game in the 65th minutes after taking off Abdulrasheed Awoyemi.

In the 68th minute, Dayo Ojo sent in delightful pass towards Olamilekan Adam but he couldn’t convert a one-on-one to beat Itodo Akor.

Seemingly galvanized by that let-off, Gombe United started to show a bit more intensity in the final minutes, but Kayode Bankole denied their last minutes couple of attempts as the Savannah scropions slumped to their first loss at home since they retiro topflight football.